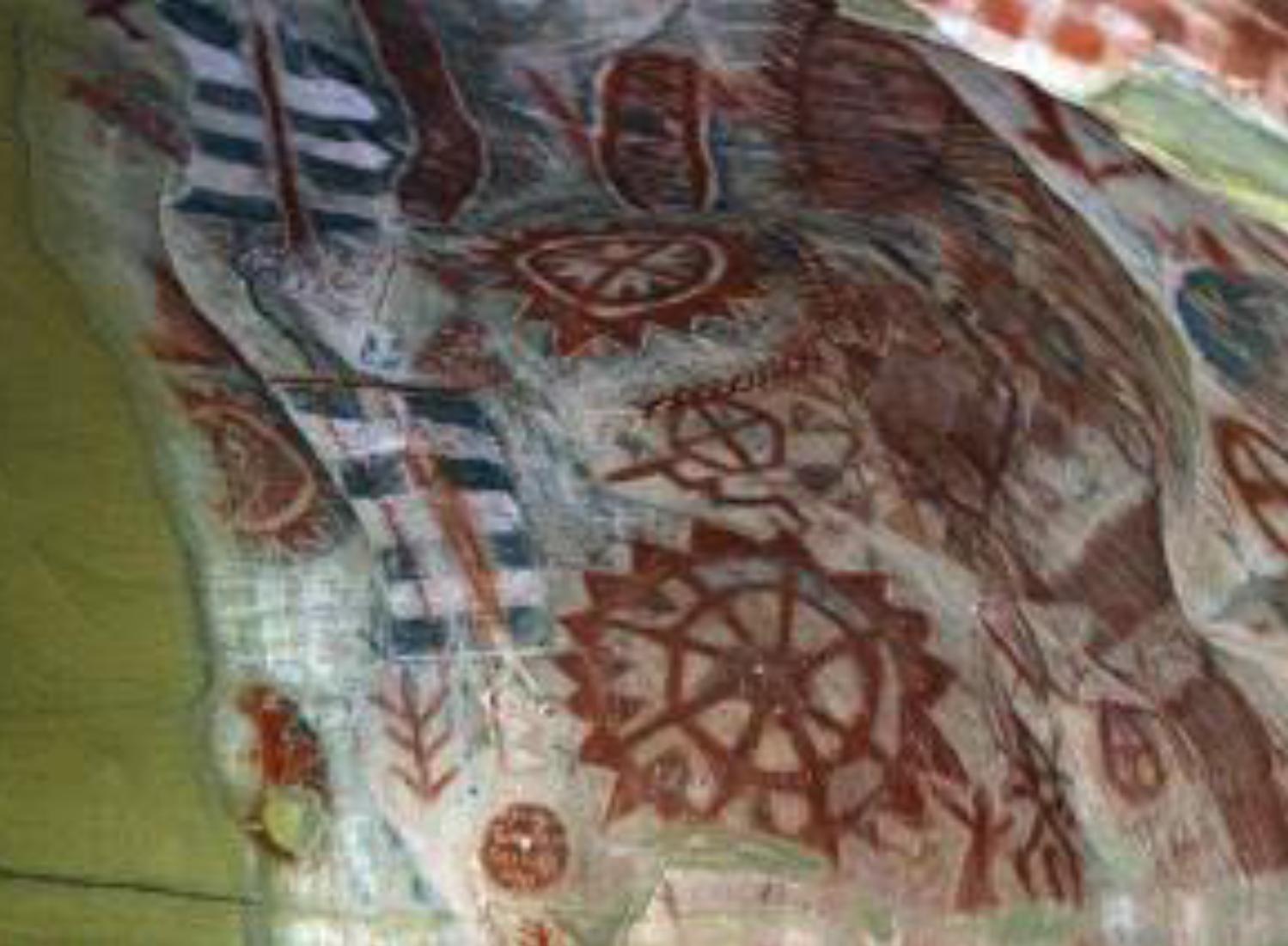 This article is based on the experience that a certain type of eye floaters – the “shining structure floaters” – are more than “vitreous opacities,” as ophthalmology claims.

Eye floaters – vitreous opacities or consciousness light? A glimpse into the art and myths of former and nonWestern cultures suggests that floaters had a spiritual meaning for many people. This article presents floater motifs and their meaning in North American Indian cultures.

This article is based on the experience that a certain type of eye floaters – the “shining structure floaters” – are more than “vitreous opacities,” as ophthalmology claims. This insight came to me by my teacher, the seer Nestor (Tausin 2012a, 2010a, 2009). In my further research, I found numerous indications that floaters – along with other entoptic phenomena – were perceived, artistically reproduced and passed down by the people of many cultures, ancient and modern (e.g. Tausin 2012b, 2012c). They were probably seen during consciousness altering ritual practices and have been mythically or spiritually interpreted (Tausin 2012d, 2010b). This article supports this assumption by presenting floater structures in some of the native cultures of North America. Examples include all of the major cultural regions: the Arctic and Subarctic (Inuit, Yupik), the Northwest Coast (Tlingit), California (Chumash), the Great Basin (Shoshone), the Pueblo cultures of the Southwest, the Algonquian and Sioux tribes of the East and the Great Plains, as well as the Mound Builders of the Southeast.

These areas were inhabited by Paleo-Indian huntergatherers who had immigrated from Asia in prehistoric times. Various cultures developed from these PaleoIndians in the Archaic period (c. 10.000-1000 BC). Some of these gradually moved on to agricultural and sedentary lifestyles, forming complex societies. Others remained nomadic hunter-gatherers or practiced hybrid lifestyles. The women and men of these cultures crafted tools, weapons, jewelry and textiles from stone and from products of animals and plants. Some produced ceramics, practiced rock painting or carving and constructed complex sites and earthworks…