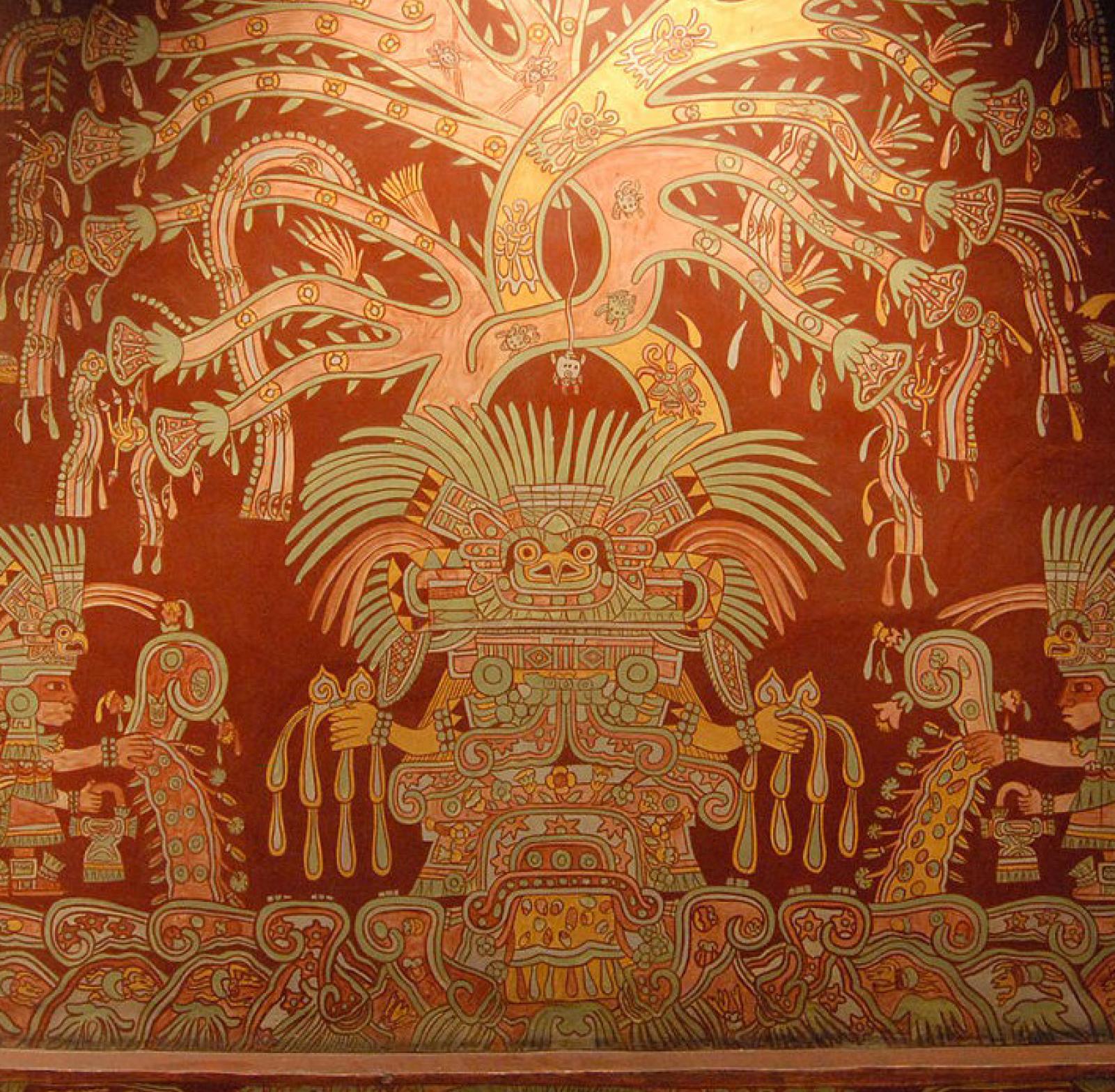 In my further research, I found numerous indications that floaters were perceived, artistically reproduced and passed down by the people of many cultures, ancient and modern…

Eye floaters – vitreous opacities or consciousness light? A glimpse into the art and myths of former and nonWestern cultures suggests that floaters had a spiritual meaning for many people. This article presents floater motifs and their meaning in pre-Columbian Mesoamerican cultures.

This article is based on the experience that a certain type of eye floaters – the “shining structure floaters” – are not “vitreous opacities,” as ophthalmology claims. Instead, they are a phenomenon of our consciousness. This insight is the result of my time of learning with Nestor, an Emmental seer.

In my further research, I found numerous indications that floaters – along with other entoptic, i.e. “generated within the visual system,” phenomena – were perceived, artistically reproduced and passed down by the people of many cultures, ancient and modern. They were probably seen and mythically or spiritually interpreted in the wake of consciousness altering practices . This article supports this assumption by presenting floater structures in some of the native cultures of preColumbian Mesoamerica, especially the Olmecs, the Maya and the Aztecs.

Pre-Columbian civilizations in Mesoamerica
Mesoamerica is a coherent cultural complex in Central America, including Central Mexico, Guatemala, Belize, El Salvador, Honduras, Nicaragua and northern Costa Rica. From c. 1500 BC until the arrival of the Spanish in the 16th century, several Amerindian civilizations developed in these areas. The culture of the Olmecs, or the “rubber people,” originated very early in the lowlands of the Mexican Gulf Coast…