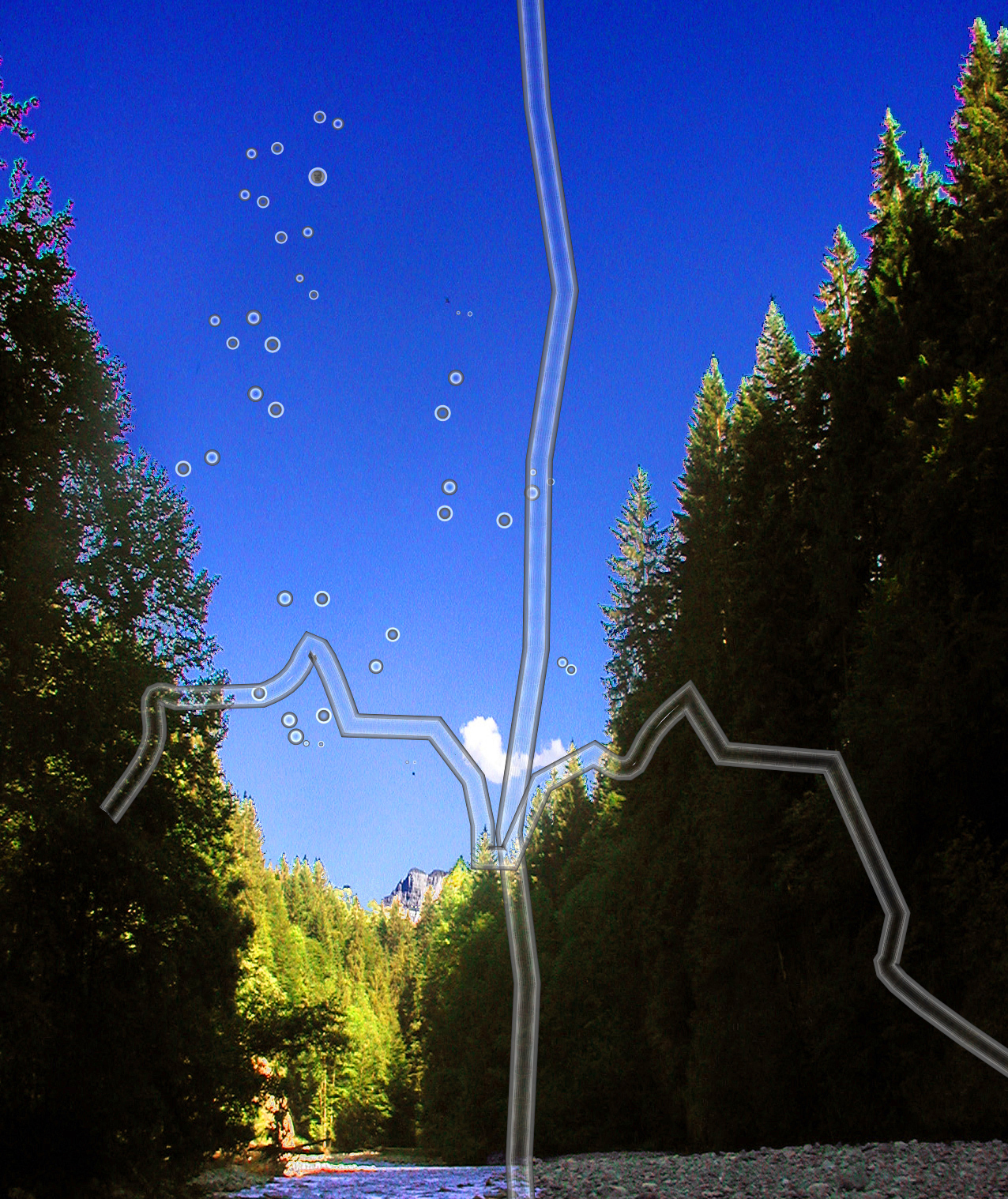 Eye Floaters – Floating spheres and strings in a seer’s view

In anthropology and psychology it has been known for some time that altered states of consciousness promote the perception of subjective visual phenomena, i.e. hallucinations on the one hand, and so-called entoptic phenomena on the other (Tausin, 2006). Entoptic phenomena are luminous moving geometric shapes that occur frequently in states of trance. Since entoptics are physiologically associated with specific states of the visual nervous system, they count as culturally independent universal phenomena of humanity (Lewis-Williams/Dowson, 1988; Thurston, 1991). Shamans, druids, seers, holy women and men of the past and contemporary societies and traditions have seen such patterns during ritual ceremonies and have interpreted them in accordance with their worldview.

Floaters
One of these people is the hermit Nestor whom I met in the mid-1990s in the Swiss Emmental (Tausin, 2009a). Through his consciousness development, Nestor encountered a certain type of entoptic phenomena which he took as a meditation object and developed for years. The phenomenon in question are simple geometric shapes, i.e. transparent or luminous spheres and strings. While the spheres are often seen as concentric circles, the strings partially consist of rows of spheres. These spheres and strings move across the visual field at variable speeds, usually downwards, but they can be influenced by eye movements.
In ophthalmology, this phenomenon has long been known as ‘eye floaters’ (mouches volantes, muscae volitantes). ‘Floaters’ is a general term for all possible opacities in the vitreous; but the floaters at issue are considered as ‘idiopathic’, i.e. without pathological cause – age-related and harmless, so to speak. The explanations vary between remaining embryonic stem cells, cell debris between the retina and the vitreous, and hyaluronic vitreous fibrills clumped together due to vitreous liquefaction and posterior vitreous detachment (Trick, 2007; Sendrowski/Bronstein, 2010). They can’t be seen and effectively treated by ophthalmologists (Tausin, 2009c)…