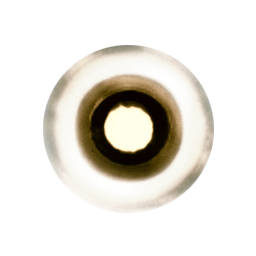 Cocoons and fibers – Eye floaters as a source of inspiration for Carlos Castaneda?

The anthropologist and cult writer Carlos Castaneda (CC) has substantially contributed to the emergence of a Western New Age shamanism.

The anthropologist and cult writer Carlos Castaneda (CC) has substantially contributed to the emergence of a Western New Age shamanism. From the 1960s until his death in April 1998, CC published more than ten books, all of which he declared as anthropologically relevant collections of conversations actually having taken place and experiences made with the Mexican Yaqui Indian and shaman Don Juan Matus (DJ) and his companions. Today, the authenticity of CC‘s books is strongly controversial far beyond anthropology. But a worldwide total circulation of the order of a million copies testifies that CC‘s books, critical of society and reason, have been balsam for a whole generation which did not conceal its rejection of bourgeois politics and ideology. The same books were and are still widely received by the generation to follow whose spiritual way to the inside is hardly inspired by religious institutions. They gratefully adopted the fascinating description of a “seperate reality”, based on experiences of altered consciousness states, supported by the authenticity of Native Indian shamanism, and narrated in a lively dialogic writing style.

Due to my experiences with entoptic (subjective visual) phenomena, I am interested in the visual objects perceived in altered consciousness states described in the books of CC. My question is whether these abstract geometric forms and shapes, as well as the concepts based on them, are inspired by so-called eye floaters (muscae volitantes or mouches volantes). Eye floaters, transparent dots and strings floating in the visual field in bright light conditions, are thought to be vitreous opacities in ophthalmology…